Initial Coin Offering or ICO is defined as a time-sensitive process when a new cryptocurrency or token generally becomes available for the public to invest in. Also called an “Initial Token Offering” or “ITO” and “Token Generation Event” or “TGE”.

An ICO can be made for cryptocurrencies that are still in the idea stage, or are already built and ready for distribution. People invest their money in an ICO hoping that they will later be worth many times more that what was paid. For example, Ethereum sold their coins in their 2014 ICO for $0.40 and in 2017 the coins were worth over $400 each.

The difference between an ICO and ITO is what people are investing in: 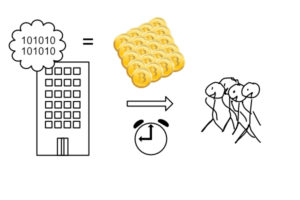